The real reason for the trip of Draghi, Scholz, and Macron to Kyiv became known 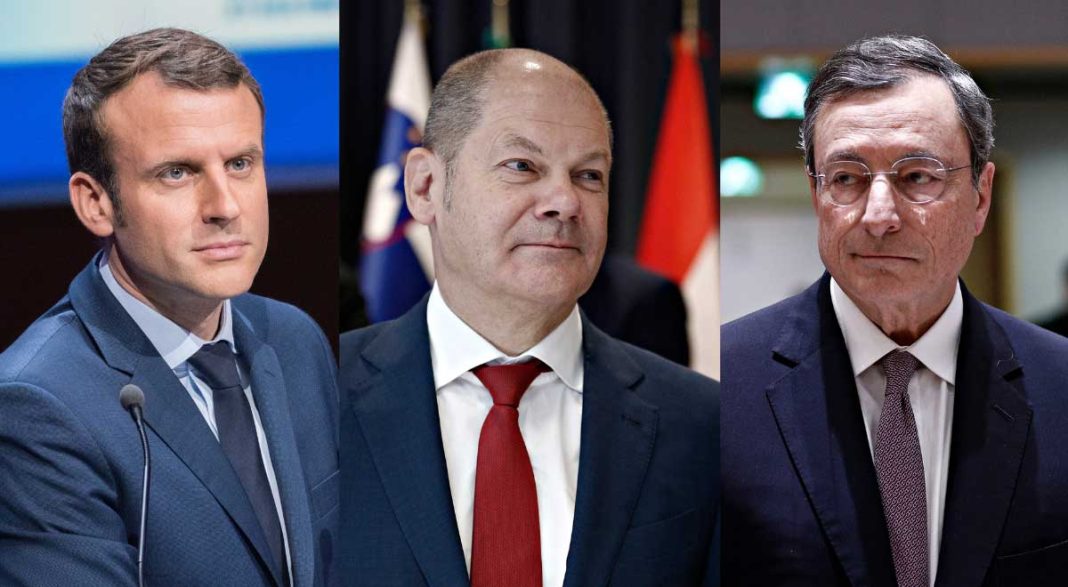 On Thursday, even before the NATO and EU summits, the leaders of Italy, France, and Germany – Mario Draghi, Emmanuel Macron, and Olaf Scholz will travel to Kyiv to meet with the Ukrainian President Volodymyr Zelensky, La Stampa reports on Monday. “They want to show with a simple joint photo the full support of the three largest European countries for the Ukrainian president,” we read.

Italian Prime Minister Mario Draghi, German Chancellor Olaf Scholz, and French President Emmanuel Macron will arrive in Kyiv on Thursday, La Stampa newspaper reported on Monday. According to the Italian newspaper, their talks with Ukrainian leader Volodymyr Zelensky should be devoted to the issue of “discovering” the country’s candidacy for the EU.

“They’re going to give support”

“All three are together to show the full support of the three largest European countries for the Ukrainian president with a simple joint photo,” the Italian newspaper emphasizes.

The German press noted that Berlin and Paris had long been talking about a joint trip to the Ukrainian capital, and the idea to invite the head of the Italian government to participate in the trip should have come from the French side.

Italian Prime Minister Mario Draghi begins his visit to Israel on Monday, during which he will speak mainly about Ukraine and energy issues.

In the coming days, the European Commission will publish a conclusion on granting Ukraine the status of an EU candidate country. This was announced during a visit to Kyiv by the chairman of the commission, Ursula von der Leyen, who met with President of Ukraine Volodymyr Zelensky. However, the final decision on this matter rests with the Member States.

Macron: countries neutral in the war in Ukraine become complicit with Russia