Dmitry Lubinets: The scale of torture in Kherson was appalling 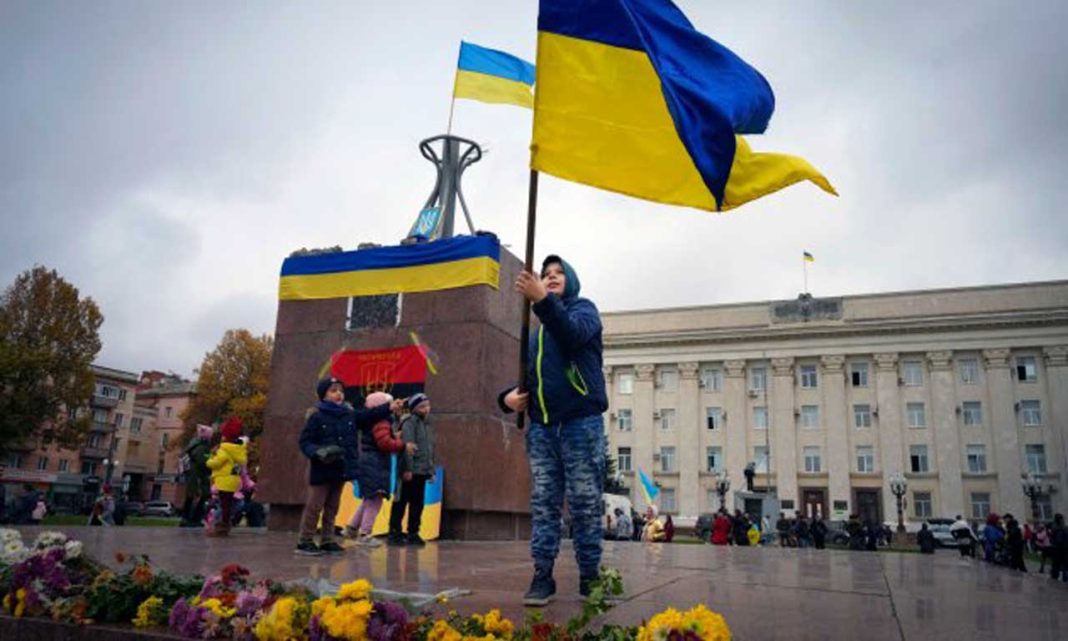 The scale of misery used by Russian occupiers in the Ukrainian city of Kherson is “terrible,” the Ukrainian Ombudsman said on Thursday.

“I have never seen such a scale,” Dmitry Lubinets said. “The scale is just appalling.”

At the moment, investigators have found 63 bodies of Ukrainians who were shot and previously tortured.

Probably, many tortures were carried out in the basement of a house in the center of Kherson.

In it, the numbers of cars assigned by the occupiers were also found.

“We knew this place existed and we were looking for it,” a Ukrainian intelligence officer, who spoke on condition of anonymity because he was not allowed to speak in public, told a New York Times reporter.

Another pre-trial detention center in Kherson was inaccessible to journalists, as investigators were still demining it.

The detainees were tied with ropes, tortured with electric shocks, and beaten with batons and metal pipes.

Another torture, dubbed the “elephant” and used in Russian prisons, consisted of putting a gas mask on the victim’s head and cutting off access to oxygen.

Ukrainian prosecutors said they had uncovered 11 places of detention in Kherson, as well as four places they believed the Russians were using as torture chambers for civilians.

Investigators are trying to collect as much evidence as possible to initiate criminal cases.

Among the detainees were persons suspected of pro-Ukrainian partisanship, relatives of Ukrainian soldiers, as well as civil servants who refused to work for the occupation authorities.

The prosecutor’s office has already collected applications from more than 800 people detained by the Russians in the Kherson region.

After the publication of the first information about torture in Kherson, Russia came up with its version.

According to her, after the city’s liberation, Ukrainian security forces shot 39 pro-Russian activists in Kherson and took 74 people away in an unknown direction.

“Ukrainian security forces led by Western “advisers” are carrying out demonstrative punitive actions against the inhabitants of Kherson who failed to evacuate to the left bank of the Dnieper. It is known that 39 pro-Russian activists were shot. Their bodies were not handed over to their relatives and were planned to be used in dramatizations allegedly testifying to Russian war crimes. 74 people were taken away in an unknown direction,” said a representative of the former occupation authorities.

He added that “all crimes committed by the Ukrainian side are documented by Russian law enforcement agencies,” without specifying how this is done on foreign territory.

So far, Russia has not provided any evidence or allowed independent media to investigate these allegations.

Most of the population of Kherson remained in the city, and it turned out that during the so-called evacuation to the eastern bank of the Dnieper, mainly Russian soldiers dressed in civilian clothes were transferred.

This operation allowed the Russian command to publicly announce the completion of the withdrawal of more than 20,000 troops from Kherson just over a day after it became known that it was being prepared.

Ukraine struck a new blow to the strategic bridge in Kherson