USA: Catastrophic losses of the Kremlin in Ukraine can lead to the collapse of Russia 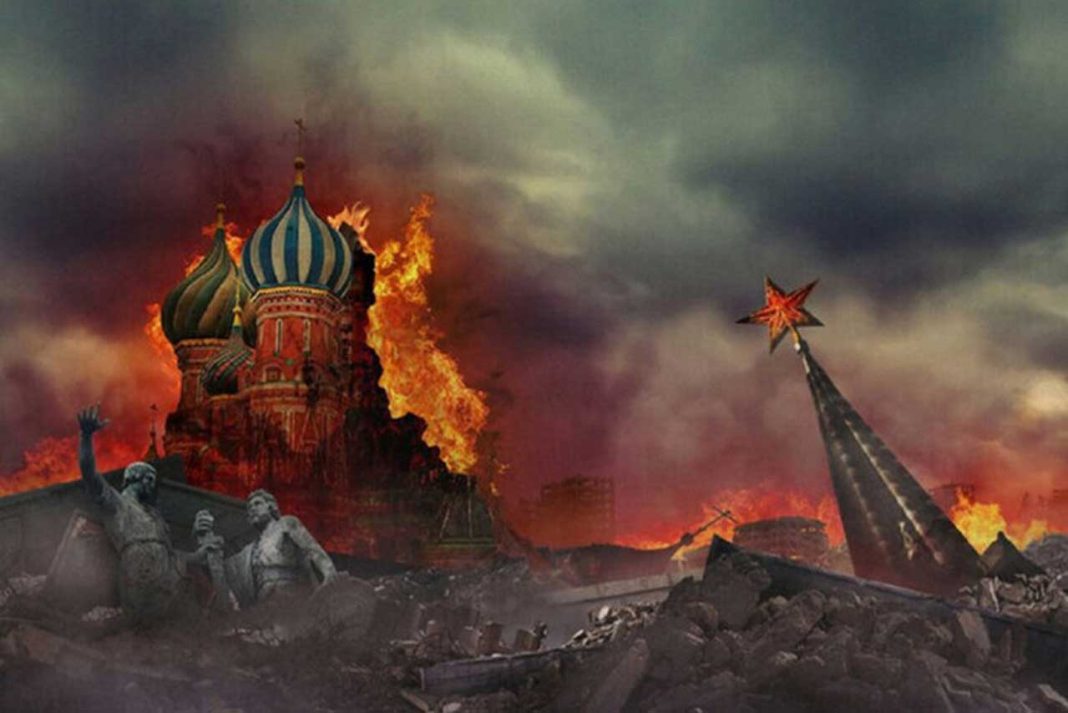 Prepare for the collapse of Russia, writes Ben Hodges, former commander of US forces in Europe, for the Daily Telegraph.

The catastrophic losses of the Kremlin in Ukraine could lead to the collapse of the Russian Federation, Hodges predicted.

It is becoming increasingly clear that Ukraine will win the war and that the Kremlin is facing a historic crisis of confidence. Now, I think, given the severity of Putin’s weaknesses that are already visible, we may be seeing the beginning of the end – not only of his regime but of the Russian Federation itself.

This vast empire of more than 120 different ethnic groups has a shaky foundation and, to paraphrase Hemingway, its collapse may be gradual at first but quickly becomes abrupt, violent, and uncontrollable. If we do not prepare for this possibility, as we did not prepare for the collapse of the Soviet Union, it could lead to huge geopolitical instability.

I see at least three factors that could lead to the collapse of the Russian Federation,” Hodges notes.

The first is Russia’s loss of trust in the Russian military, which has traditionally been central to the Kremlin’s legitimacy. His humiliation in Ukraine is nearly over, and the proud Black Sea Fleet is still lurking behind Crimea, too scared to act against a country that doesn’t even have a navy.

Russian men were once lured into the armed forces with promises of good pay, and now many of them are trying their best not to be drafted, knowing what fate awaits them on the battlefield. This led to even greater recruitment of ethnic minority soldiers such as Chechens, who were the easiest to use as cannon fodder. This causes resentment that is not easy to suppress.

If some Chechen militants decide to start a new war of independence, where will Putin find the military resources to fight that war, given how strongly he is now tied to Ukraine, the former US military commander rhetorically asks. He certainly understands that if the Chechens win such a war quickly and convincingly, it could lead to a wave of other similar conflicts in Russia.

Secondly, the blow inflicted on the Russian economy is crushing and will not allow Russia’s 144 million people to continue to exist normally. The loss of energy markets that compensated for the lack of modern production cannot be compensated. European governments will no longer rely on Nord Stream 1 after seeing how easily it can be stopped.

Russia also relied on arms exports, but what country would be interested in buying its weapons now? Russia can live with this economic crisis for months, hoping that companies will one day come back, but even Russian stoicism has its limits, notes Ben Hodges.

We come to the third factor, namely the spread of Russia’s population, which is only twice that of the United Kingdom. This feature is the reason for poor communication between Russians even at the best of times, and now, when the center of power is in a weak position, the sense of belonging to the nation can weaken even more.

Western sanctions will force Moscow’s elites to make economic concessions to the capital’s middle class, which poses a more immediate threat to power. However, it is unlikely that minorities in other regions will be cared for in this way.

We need to ask ourselves the hard questions now so they don’t suddenly come to us.

Taking all this into account, it is striking how little is said about the potential end of the Russian Federation. We need to ask ourselves the hard questions now so they don’t suddenly come to us.

For example: what will all these processes lead to in a country that has a serious nuclear arsenal and few centers of power? In whose hands will nuclear weapons end up? How to prevent the flow of weapons and fighters to the Baltic countries? Is a major internal conflict inevitable or could the collapse unfold in a political context?

All this taken together is a really serious challenge for the West. If we make a mistake, disaster awaits us. We failed to prepare for Russia’s last collapse some 30 years ago, and we can argue that the internal chaos that followed led to Putin’s rule. We can’t afford to be unprepared a second time, Hodges concludes.