Erdogan demanded an end to the war in Ukraine 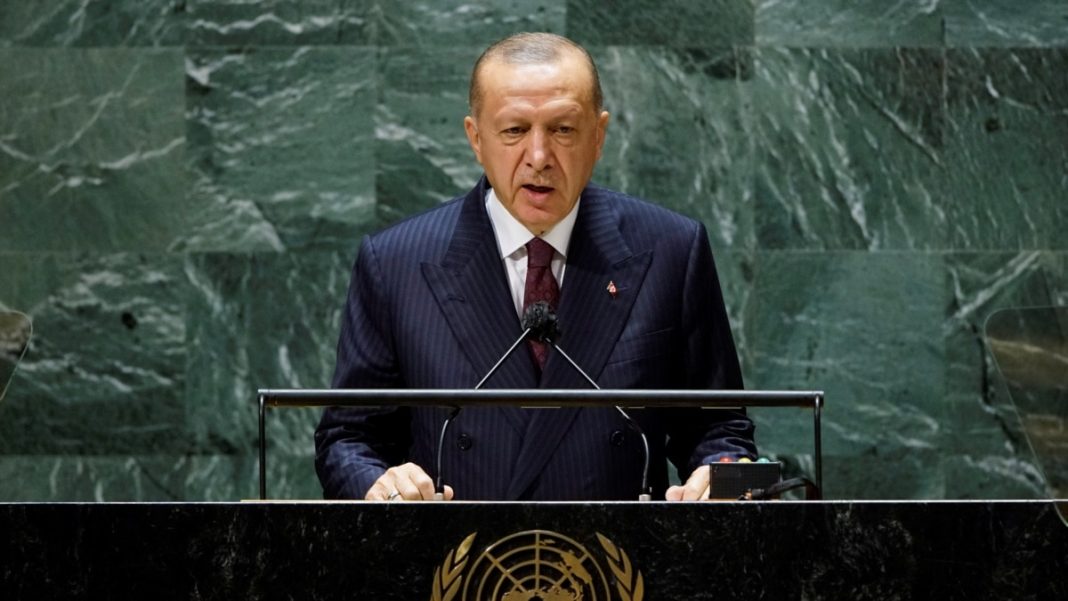 Turkish President Recep Tayyip Erdogan called for a “dignified exit” from the seven-month crisis caused by Russia’s invasion of Ukraine.

Erdogan used his good working relationship with both Moscow and Kyiv to try to find a diplomatic solution to the war.

He spoke by phone with Ukrainian President Volodymyr Zelensky shortly before addressing the UN General Assembly with an urgent appeal for peace.

“Together we must find a reasonable practical diplomatic solution that will give both sides a decent way out of the crisis,” Erdogan said at the UN session.

He added that lasting peace must be based on the protection of the territorial integrity of Ukraine:

“We will continue to step up our efforts to end the war that has flared up again in recent days, based on the territorial integrity and independence of Ukraine. I call on international organizations and all countries to give sincere support to Turkey’s efforts.”

Turkey, a NATO member, has never recognized Russia’s annexation of the Crimean peninsula in 2014.

A referendum on Islamic hijabs will be held in Turkey

UN: Rape in Ukraine is part of military strategy and purposeful tactics